I am a self-proclaimed equalist.

I say equalist because I believe it should be a word. Back in college I was introduced to feminism in my first Women’s Studies class. I remember my professor clearly because she was a little old red-haired lady with perfect red lipstick, who wore the cutest dresses and shoes. She literally looked like she was cast out of the 1950’s and landed at the University of Delaware. We learned about the Feminist Movement, about burning bras, and marching on Washington and demanding equal rights. I saw the injustices that occurred in the past and continued to occur today. It bothered me immensely. Why should I get treated any different just because I wear a bra? And having said that…why should I burn my bra? I like my bra. I want to wear it with pride. I want to rock black eyeliner and red lipstick and go to work and be respected no less than if I walk in with a suit and tie.

I was equally as bothered by the girls in my class who HAD to take this course as part of their multi-cultural requirement. I would hear them say, “Oh I’m not a feminist. No. Not me. This class is so dumb, I know. Isn’t it stupid? I just want to get my 3 credits and get out of here.”

And feminism was completely lost on these girls. They felt they needed to reject the cause to show how cool they were.
But what they didn’t understand was… we are ALL feminists.

How could we not be?

I mean we all want equal rights, equal pay, respect as individuals.

And that is when I came up with the word equalist. Because it is not that we want to be BETTER than men (although we know we are). We just want to be EQUAL to men.

And yet some of those same inequalities exists today and yet women just seem to say, “oh yeah, that’s OK. I’m fine with that.”

Like did you know for every $1 that a man makes, a woman makes $0.75 in the same position?

According to Wikipedia: Legislation passed by the Federal Government of the United States in 1963 made it illegal to pay men and women different wage rates for equal work on jobs that require equal skill, effort, and responsibility and are performed under similar working conditions.

People see this kind of legislation and assume it is all fine now. However, this inequality still exists today, even though it is illegal.

One blog cites: “A new report released by the ITUC for March 8, International Women’s Day, has revealed that the pay gap between men and women worldwide may be much higher than official government figures. The report, “Gender (in)Equality in the Labour Market”, is based on survey results of some 300,000 women and men in 20 countries. It puts the global pay gap at up to 22%, rather than the 16.5% figure taken from official government figures and released by the ITUC on March 8 last year.”

Why should we make any less than men? Is this fair?

Other myths about women at work:

So the only time we can see women in leadership positions is in the role of the ‘bitch’. You have seen them in movies and TV shows. She is that untouchable, cold-hearted, stoic woman who lets no emotions by. She is not in a relationship, she is probably a lesbian. She wears suits with giant shoulder pads and man pants. You do not want to cross her. She will make your life a living hell.

This is NOT true. And we really should start to dispel this myth. Women bosses are JUST as good as male bosses and they don’t have to be emotionless dragons.

2. She only got there by sleeping her way up

God forbid a woman should be attractive and in a leadership role. Do we ever think a man got to a position of power by sleeping around? Then why should we think women do? This is just another myth or rumor that people circulate to bring women down. If you are a woman, do not participate in this trash-talking. Even in the slight chance that this might be the case, it is none of your business.

3. She can’t do it because she will get pregnant/care for a child

I know women with 4 or 5 kids who still do a stellar job at work. They should not be judged for taking a few weeks off to care for their recent child. This goes the same for men. I worked at an organization once where men were entitled to 4 weeks maternity leave too  once the child was born. I believe this is totally right and just. Men should be encouraged to spend time with their newborns too. I mean these are the most fundamental years of a child’s life. Some things are more important than work and a child is one of them. Either way, it still frustrates me that a man will be considered over a woman to fill a job because they sit around and discuss the “what if she gets pregnant” factor. What they should really ask is “who will be a better employee?”

4. Women will not take on positions of leadership

I learned in one of my Women’s Studies courses that when men and women are lined up and asked to do a task that will secure them as a leader the women step back and wait for the men to volunteer.

I also learned that more women go to school to become a nurse instead of a doctor.

I think this is a crock of bull.

In fact, WOMEN are taking over college campuses. According to USA Today, women make up 57% of college students while men make up 43%. Meanwhile women are pursuing upper level degrees more than men are with more and more women enrolling in graduate degrees ranging from master’s to doctoral and PhD.

WHY ARE THEY NOT TAKING ON THE LEADERSHIP ROLES?

This always baffles my mind!

Women- DO IT! Go out there and get your degrees and DEMAND your respect.

Stand up for yourself and take on the positions that might seem scary to you.

But then again, I’m an equalist. So what can I say? 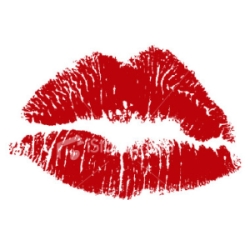 “Women belong in the house… and the Senate.”

“There are very few jobs that actually require a penis or vagina.  All other jobs should be open to everybody.”

“I’m tough, ambitious, and I know exactly what I want. If that makes me a bitch, okay.”

“Give a girl the right shoes, and she can conquer the world.”


Soul Expression, Soul-Guided Business
← The Things I Learned at YogaFest 2014 Why I Won't Live in Fear →